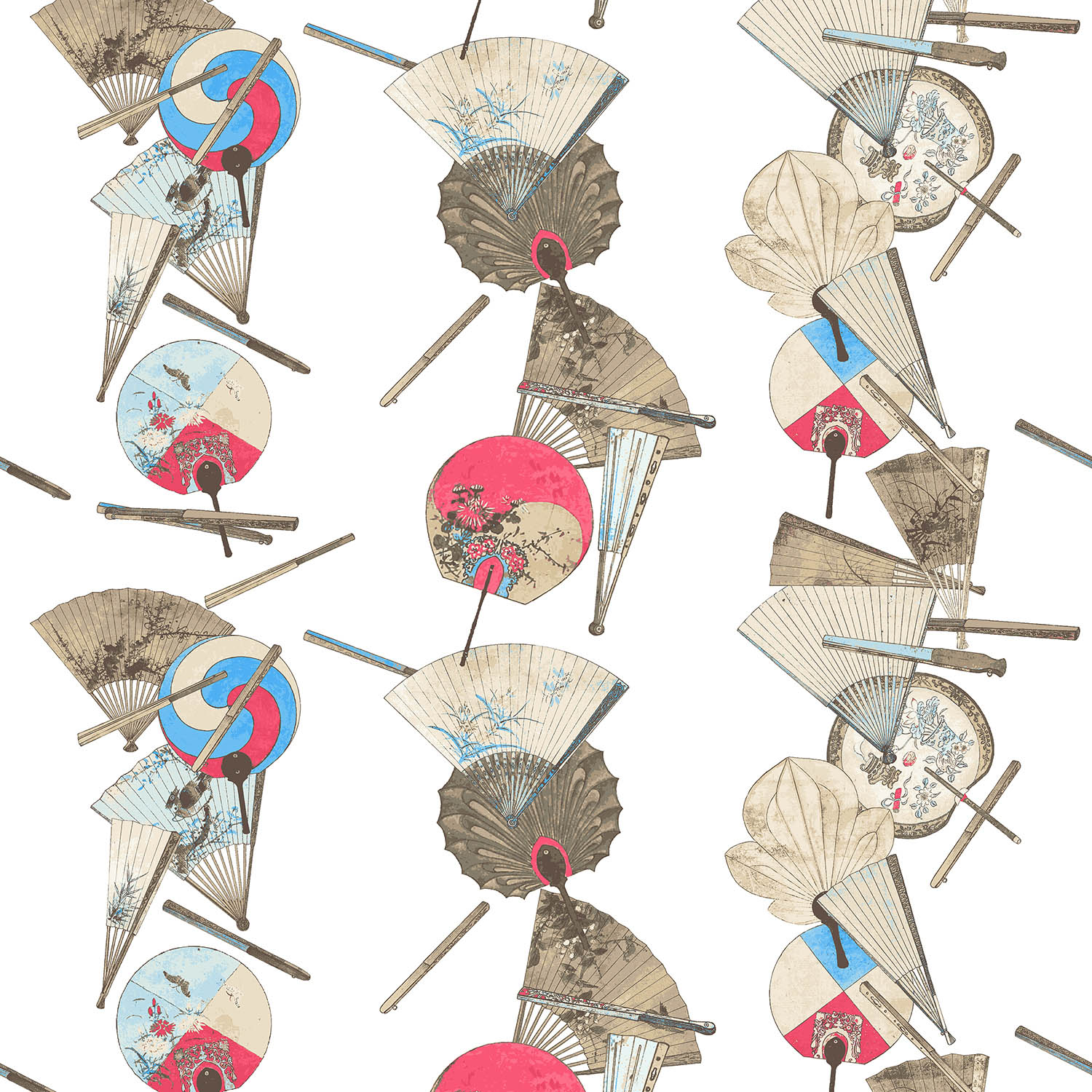 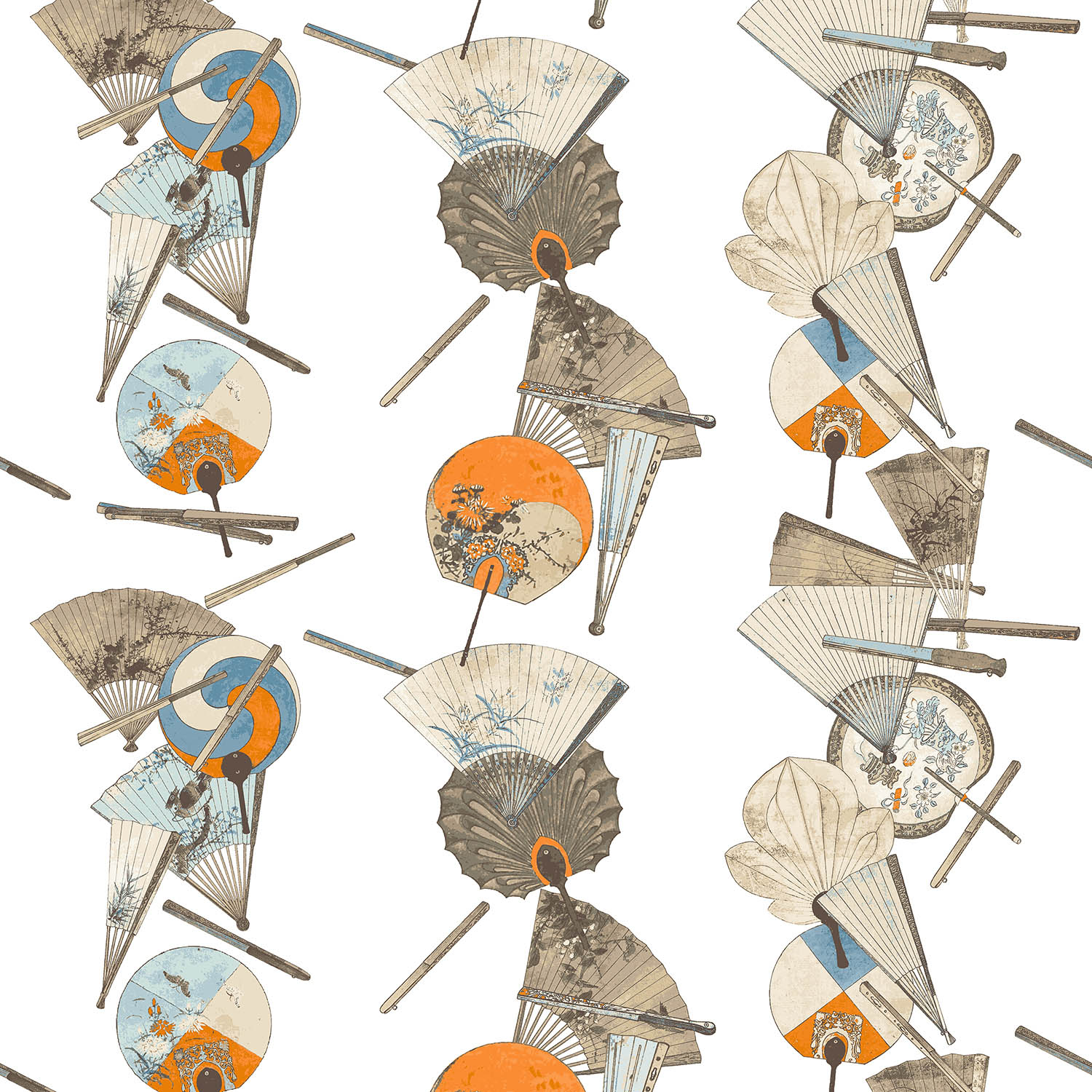 I found an eight-part folding screen with Baekseondo, drawing of a hundred fans at the Onyang Folk Museum in 2013. It looked as though the fans were falling from above or dancing by themselves, as they were rhythmically arranged as if they were riding the air currents.

I borrowed the brilliant, rhythmical, and picturesque attributes of the original as they are, while also extracting the subtle colors and toning them down, ‘vintage style,’ to create my pattern. I named it ‘Fan Dance,’ like the first impression I had of the original, and it has become a pattern that can be easily applied for curtains or wallpaper.