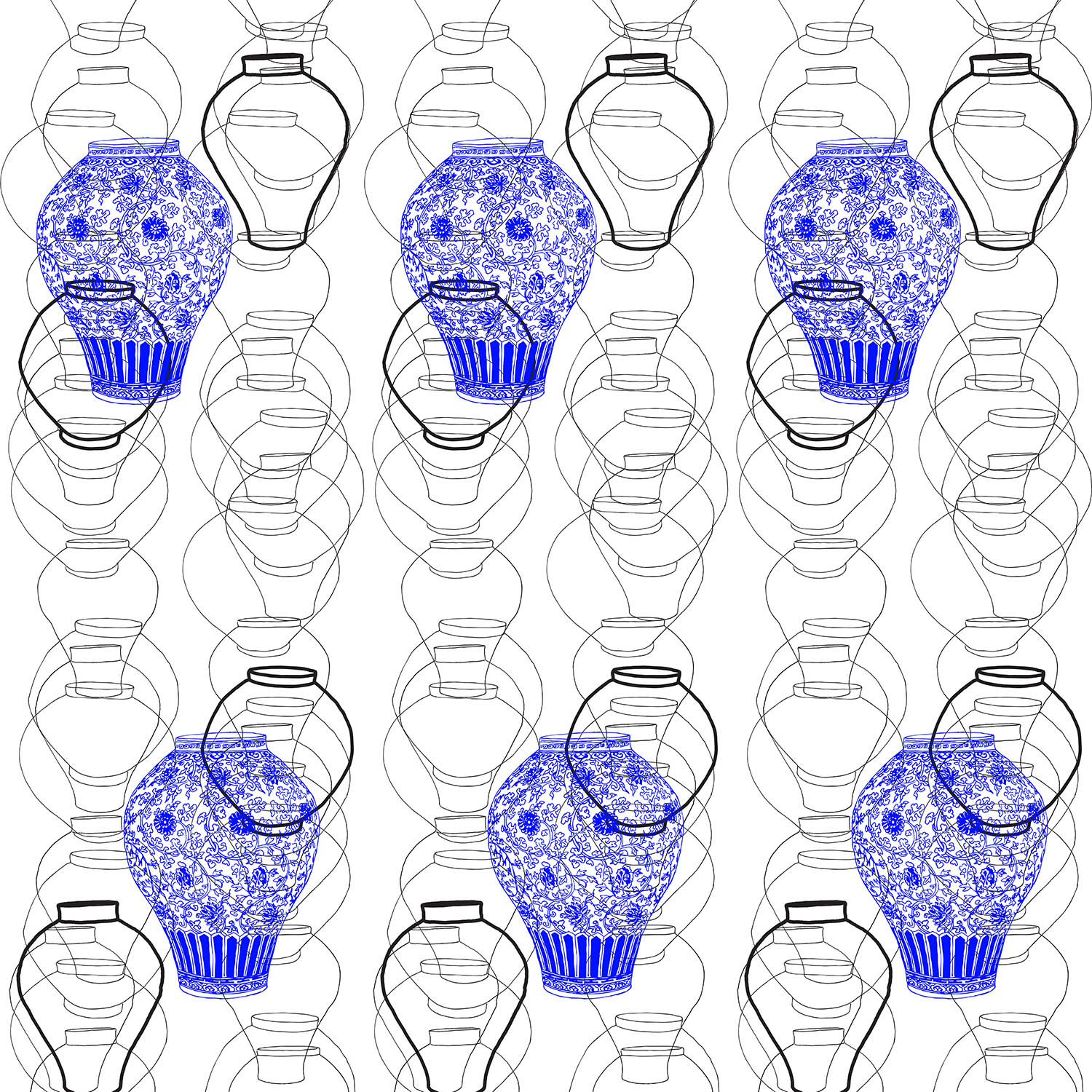 The painters of the Art Department of the royal family of Joseon painted a variety of paintings with blue pigment on white porcelain to create white and blue porcelain as a second centre of production outside China. As the import of blue pigments increased in the 18th century, more and more Gilsangmun, the lucky omen wishing for long life and happiness which was the public’s requirement at the time, appeared.

At the center of one exhibition at the Gana Art Center in Seoul, a Cheonghwayeonmodangjun was standing there alone. On that single white porcelain, various elements were placed in harmony with each other. The formal beauty was so powerful that I had the intuition that it would look sophisticated and refined if turned into a contemporary pattern design.