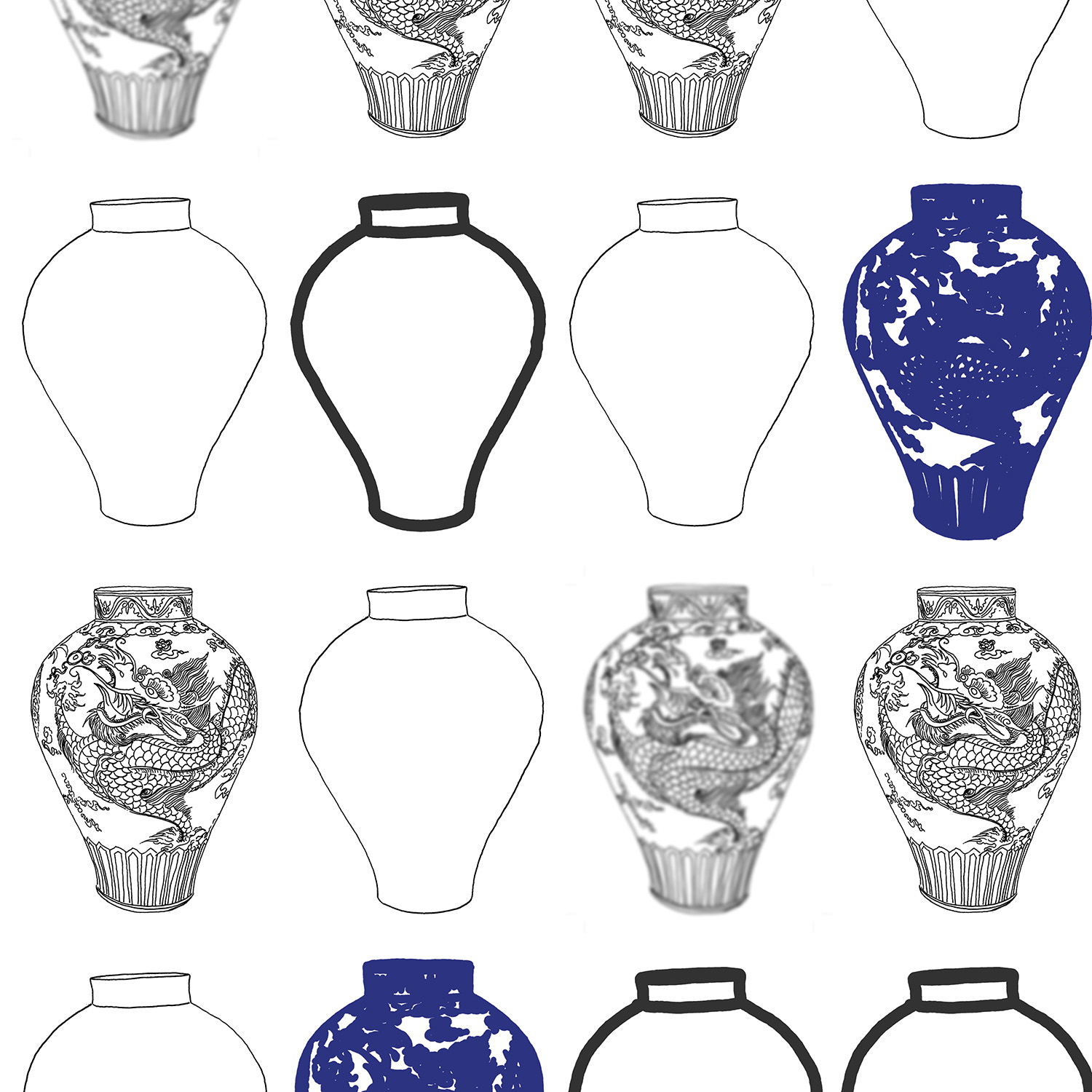 Yongjun, a ceremonial jar of the Joseon dynasty period, is a large white porcelain jar with a picture drawn with blue pigment on the surface. It was used as a Jujun (liquor jar) to keep liquor or a Hwajun (flower jar) to place flowers in it for decoration in the royal household.

I was overwhelmed by the color, pattern, and freewheeling style of the painting and I examined them through catalogues and exhibitions for two years before starting the work. I drew Yongjun’s contour lines and turned them into thick and thin lines. I transcribed the patterns onto tracing paper, and overlay some of them and held them up to the light. The images created by crisscrossing patterns were beautiful. I used a blur technique, and printed them on traditional Korean paper.