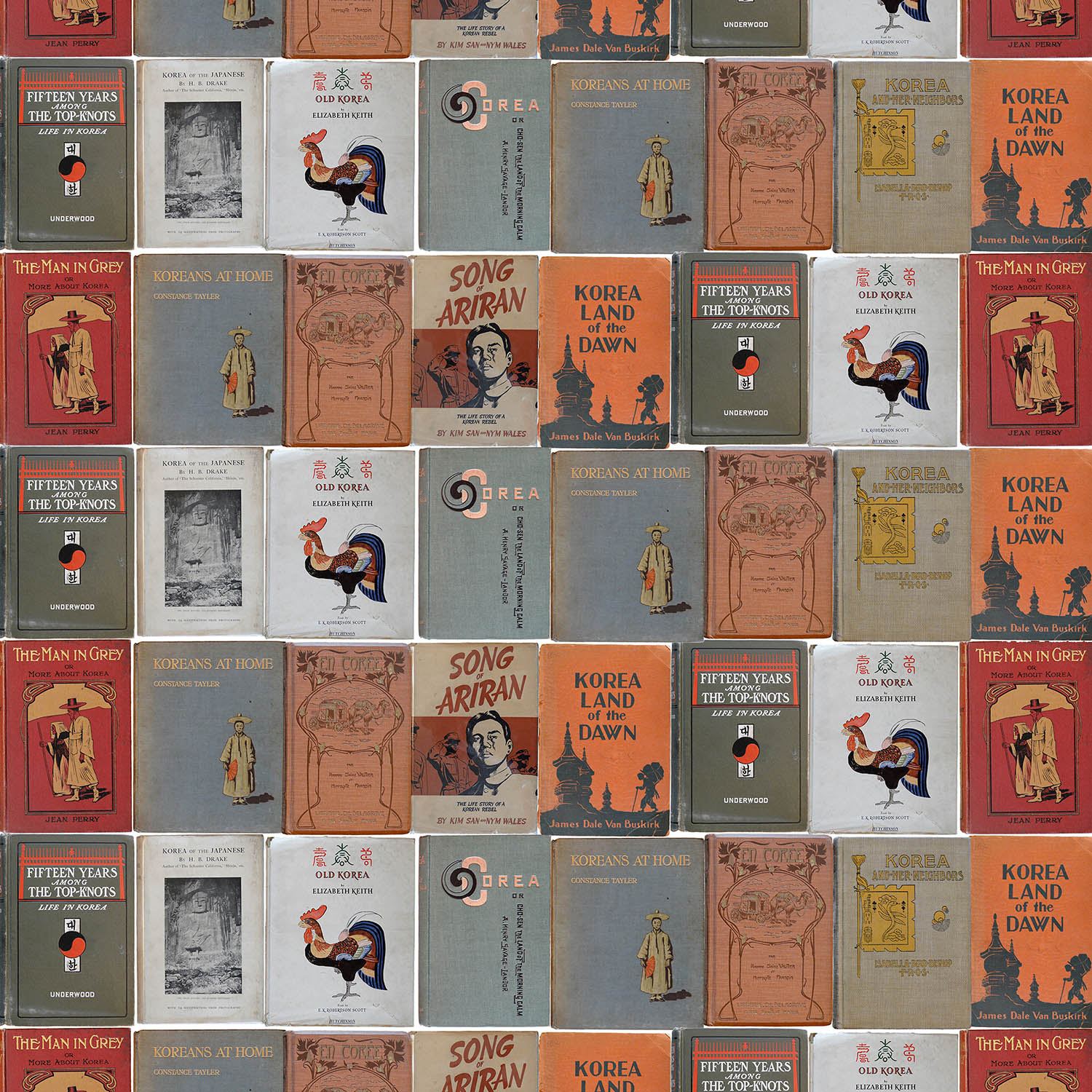 British artist, Simon Morley, was inspired by a collection of early books by foreigners about Korea owned by the then Ambassador of the UK to Korea, Martin Uden, to create a series of works based on the covers of these books. Morley’s work contained a record of Korean history and the life of the Korean people between the mid-1800’s to the early 1900’s as seen by Westerners.

Modern Chaekgado was inspired by this work, and some versions of the pattern omitted the details by leaving only the surfaces to express the time and story in it through hand-stained texture and color. Using more or less worn colors, it was printed on thick linen. It is recommended for sofa covers or carpets.