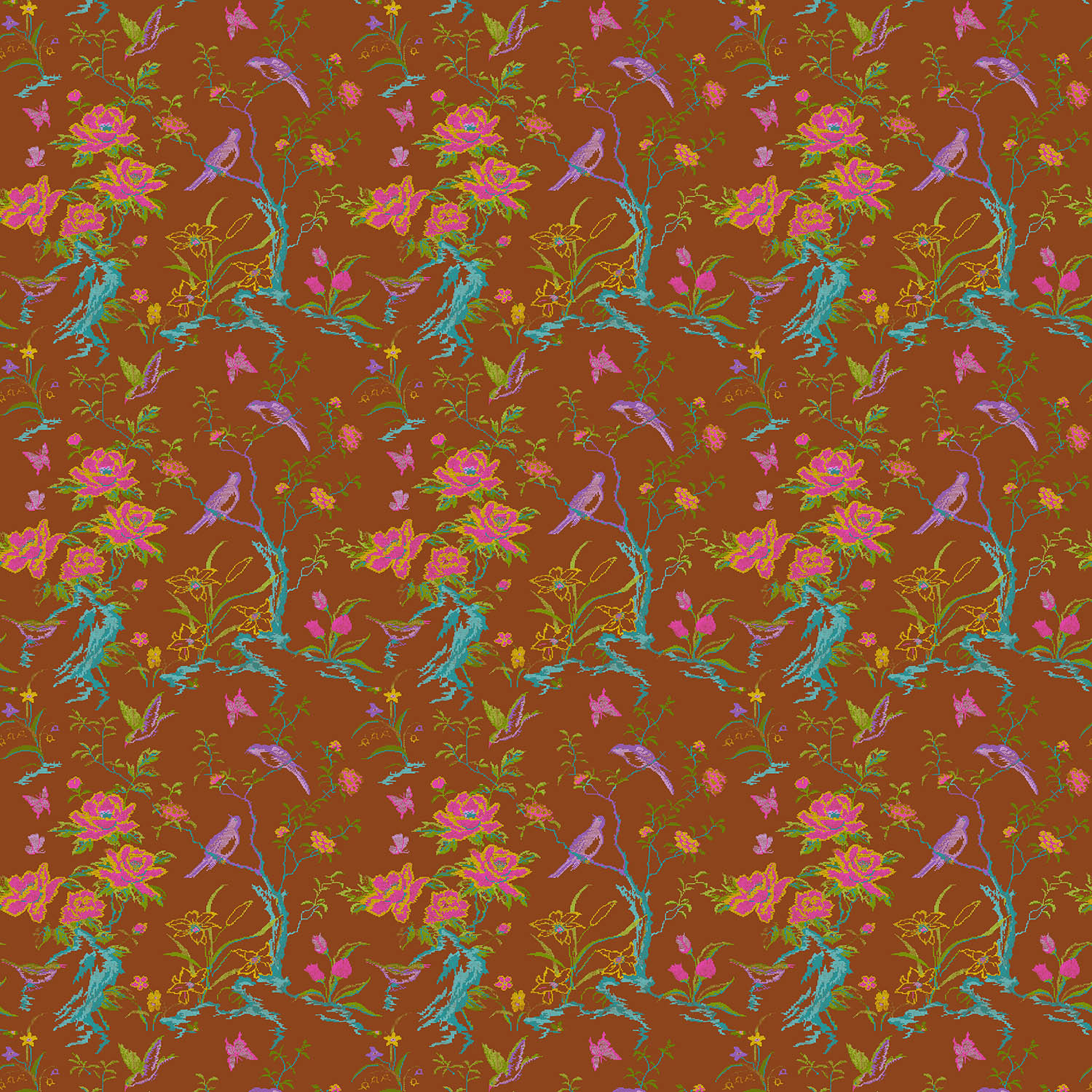 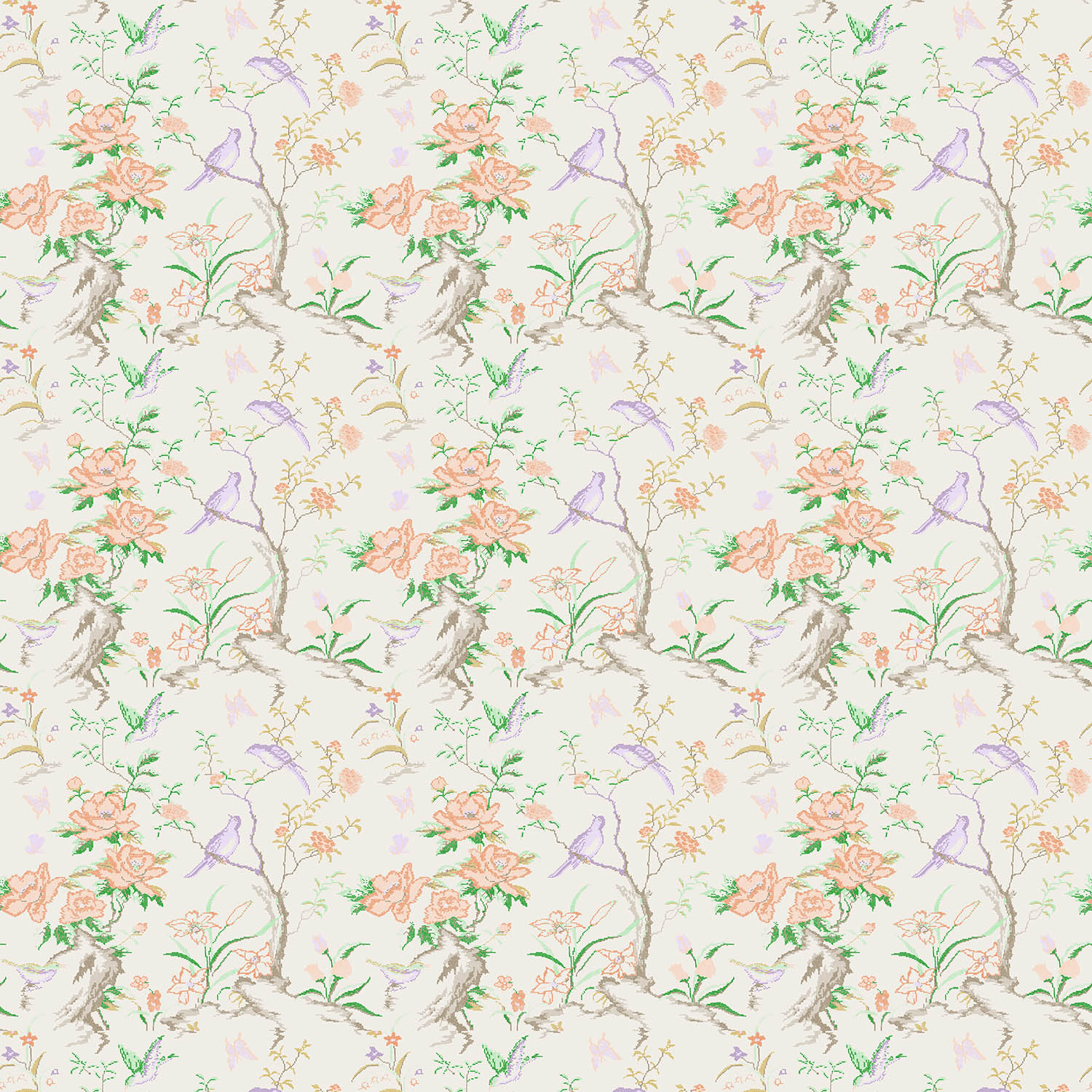 In East Asia, the peony is the flower of flowers, the queen of flowers. It was referred to as the flower of abundance, representing ‘wealth and honor,’ and also the flower that means the guarantee of long life. It was a common theme for folding screens, paintings, grayish-blue-powdered celadon, and blue and white porcelain in palaces and the main rooms or women’s quarters of the mansions of noble families.

The peony was depicted as large or as realistically as possible, so as to suggest the wish for wealth as abundant as the clouds, or it was designed putting stress on the leaves and keeping the blossom as small as possible.

As Western artifacts came in before and after the Korean War in 1950, cross stitching appeared in our embroidery. It was used to make romantic texts and images by putting the cross stitch on a pure white ground in various colors. My pattern was woven in Belgium using a jacquard technique to convey the charm of such cross stitching.