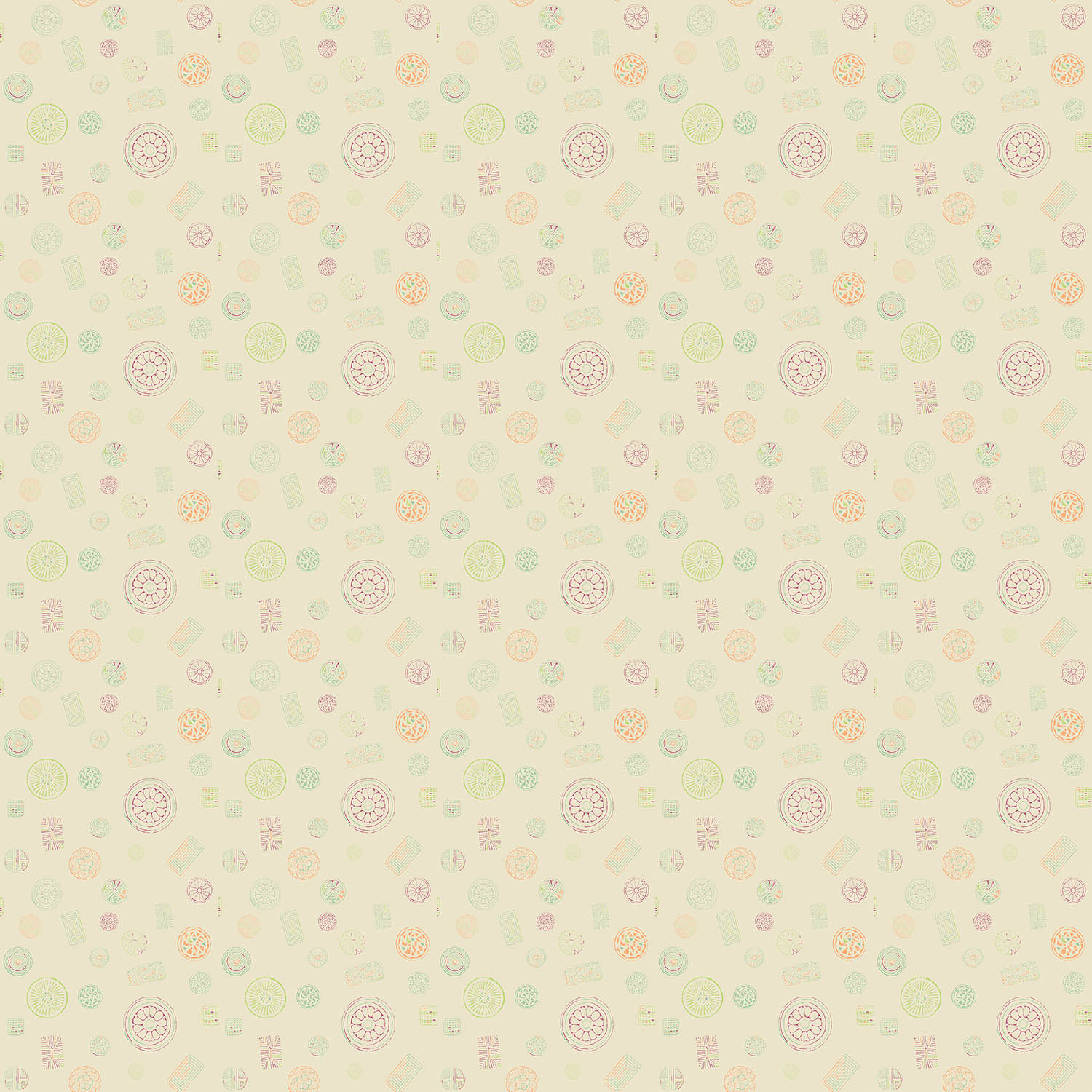 Koreans usually applied the patterns of Yin-yang, chrysanthemum and leaf, and the Chinese written characters indicating luck and long life, such as Su (long life), Bok (luck), and Hee (happiness) to rice cakes for parties and gifts. I came across a book that introduced the ceramics of Joseon among some books published in Japan, and found a ceramic rice cake mould and copied the photo of it.

I blurred the edges as though they were more or less worn out with the passage of time instead of clearly defining them, and this weakened the functional formal beauty of the original rice cake mould, but created a strong pattern image.